What Is Neural Therapy?

It is designed to repair dysfunction of the (ANS)autonomic nervous system, the part of the nervous system responsible for the “automatic” functions of the body – immune system, circulation, hormone release, temperature regulation, digestion, breathing and healing ability.

Neural Therapy is one of the best-known natural healing methods in Germany and is now also practiced in other countries in Europe and the United States.

Neural Therapy is based on the theory that any trauma, infection, or surgery can damage a part of the autonomic nervous system and produce long-standing disturbance in the electrochemical or electromagnetic functions of these tissues.

These disturbances are known as “interference fields” because they interfere with normal function and healing.

What are Interference Fields?

Interference fields generally arise in locations where there has been an injury, either from sharp or blunt trauma, local infection or inflammation, or mechanical strain injury, dental work, a gland, piercing, tattoo, vaccinations, surgical scars, etc.

MRP – Membrane Resting Potential for nerve cells is the electrical potential (how much potential energy) a cell has at rest.

For a healthy nerve cell it is -90 mV. If the cells are stimulated (person falls, accident, surgery), the nerve cell will lose some of its potential energy.

An unhealthy cell will chronically be starting at a lower membrane resting potential, for instance –60 (instead of -90) causing Painful Action Potential – pain signals.

The temporary introduction of the local anesthetic raises the membrane potential threshold of that cell. That is why the area goes numb and the person cannot perceive pain input for that short time.

*During time when pain input is blocked, the cell has increased membrane potential (more energy given to it), thus the cell has improved metabolism and the sick cell succeeds during this time in removing metabolic waste and toxins, allowing the previously sick cells to shift back to normality.

*This can happens instantly with one treatment (lightening reaction), or more commonly after a series of treatments, each treatment restoring the regulating function as far as possible, and with each repetition allowing the cell to increasingly build up its energy potential. 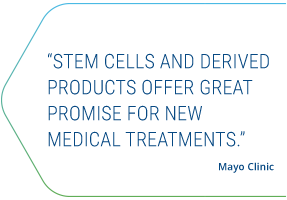