Does Creatine Help You Lose Weight: The Complete Guide 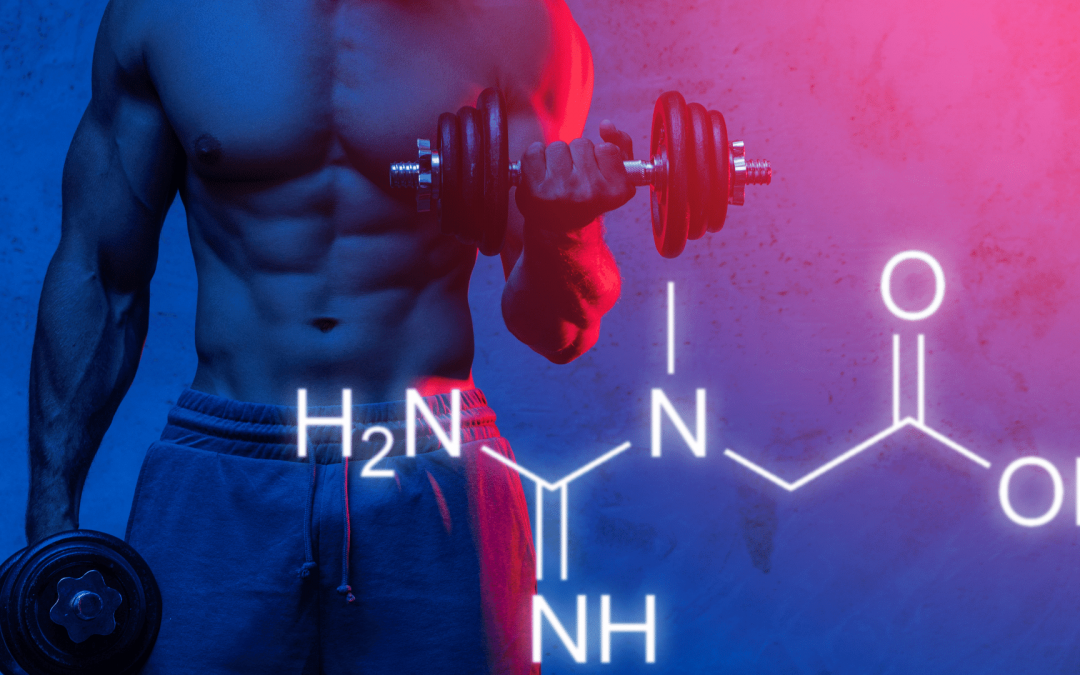 Are you interested in improving your athletic performance and wondering about taking creatine?

Maybe you’re wondering if taking creatine supplements can help you lose weight but aren’t sure if it’s safe or natural.

An important distinction is that losing weight is the same as losing body fat. Many people make this mistake when trying to get in shape, misunderstanding that while the goal is to change their appearance, when someone is trying to ‘lose weight,’ they often mean that they are trying to reduce body fat.

Whether you’re in the athletic community, want to increase your muscle strength, or are interested in simply getting in shape, we can help.

This article will offer you everything you need to know about the basics of creatine supplementation and how it affects weight loss, how much to take, when, and the various types. We’ll tell you the risks and rewards and hopefully help you make a more informed decision based on your goals.

So, does creatine help you lose weight? Let’s discuss!

Creatine is one of the nitrogenous amino acids stored in muscle tissue. It is not only a natural substance occurring in the human body but also in seafood and red meat. A popular ‘all-in-one,’ creatine supplements can increase your body’s ability to produce energy quickly.

In the same way there are different types of proteins and carbohydrates, there are also other kinds of creatine. Below, we’ll discuss the most commonly used and their benefits and risks.

Probably one of the most popular forms, creatine monohydrate generally requires daily consumption of around 5g to be effective. There is no ‘best time’ to use creatine, as some use it pre-workout and others have similar success consuming it post-workout.

According to healthline.com, many studies have been done on the effectiveness and health concerns regarding long-term creatine use. No significant adverse effects have been documented in users of higher dosages and short & long-term use (2-5 years).

One of the only side effects that people commonly experience is unwanted weight gain. Remember, though, that using creatine helps with water retention and increased muscle mass, so weight gain is not necessarily negative. It’s important to know that the number on the scale is not the most important, but rather how you feel and whether you’re taking the best care of yourself.

This type of creatine, ethyl ester, requires less daily dosage, approximately 2-3g per day, to be effective. This type of creatine supplementation has an additional ester molecule attached to it which helps increase the rates of absorption into the body.

Some creatine users believe that it is more beneficial because it is a more potent form.

This monohydrate form has had the molecules cut up or divided, aka micronized, which results in a larger surface area and promotes a higher rate of absorption into the body. This also helps to reduce stomach discomfort for some users.

How Does Creatine Work?

Scientifically speaking, creatine bonds with phosphate molecules in the body to form creatine phosphate (phosphocreatine). This gives your body a rapid energy boost for high-intensity workouts and activities.

You need to engage in strength and resistance training to see that fat-burning side effect. Exercise at least three times a week, for at least 60 minutes, targeting each of your major muscle groups: shoulders, arms, chest, abdominals, back, and legs.

Many athletes and bodybuilders use creatine to gain muscle mass and transform their bodies, and it should be noted that creatine is not a steroid. For those reasons, some professionals say there is no need for creatine loading or cycling.

McKinley Health Center recommends consuming 20-25 grams of creatine daily for five to seven days. Each dose must be consumed in 5-gram increments spread equally throughout the day.

After the first week, 3-5 grams can be consumed daily. This is the process known as creatine loading.

Following the correct creatine dosage helps to minimize health risks and maximize your results. Talk to your doctor about using creatine supplementation before you understand the risks and benefits and ensure it’s right for you.

Side Effects of Creatine

In some cases, it is believed that consuming a high dosage of creatine can cause kidney, liver, or heart damage.

For those with bipolar disorder, it is believed that creatine can increase bouts of mania.

Other notable creatine effects on the body include:

Always consult your doctor before using any creatine supplement, especially if you have kidney, heart, or liver problems.

Stop taking oral creatine if you have side effects that worsen over time.

Can Creatine Make You Gain Weight?

Some people have reported that oral creatine has left them feeling fat, swollen, or bloated shortly after starting. While it’s true that creatine can cause weight gain, chances are it is not due to body fat.

Here are some ways the numbers on the scale may be affected and why you shouldn’t worry:

A common type of weight gain associated with taking creatine, also known as fluid retention, is excess water retention. Creatine causes your muscles to retain water, thus resulting in bloating or puffiness in the arms, legs, or stomach.

Within the first week of taking oral creatine, people often gain between 2-5 pounds due to water weight or the way their muscles retain fluid.

To reduce fluid retention, increase your water intake. It may seem counterintuitive, but increasing the amount of water you consume will stimulate the need for urination, reducing fluid retention in the body.

Creatine supplementation is an excellent way to build muscle strength and increase endurance. Increasing your muscle mass means that the number on the scale will also likely increase, so don’t get discouraged.

The number on the scale is less important than how you feel in your body. If your goal is to get in shape, that likely means you want to “look” a certain way. Toning your muscles and body can be slow, but results will come.

This is what most people fear – gaining weight that can potentially be fat. As we’ve mentioned in other articles, to lose weight, you need to burn more calories than you’re consuming, also what’s known as being in a calorie deficit.

One scoop of creatine, approximately 5g, contains very few calories, if any at all. Using oral creatine daily will not be detrimental, especially if you’re active and have a healthy diet.

If you’re concerned about adding the right dietary supplements to your diet, talk with your doctor to discuss what is right for you!

What Are The Health Benefits of Creatine?

Many people take creatine to build muscular endurance, increase muscle growth, and as a form of sports nutrition. It can be used for a variety of other reasons as well.

A study in 2012, according to wapomu.com, suggested that daily usage of creatine helped to improve the symptoms of major depression in 52 women.

In a 2013 study, research shows that those suffering from muscular disorders, like muscular dystrophy, had increased muscle strength after taking creatine.

How much creatine should you take? It depends on where you are on your journey. If you’re just starting, the best way to increase creatine stores in the muscles can be through a loading phase (though unnecessary), meaning consuming about 0.3g/kg of bodyweight 4x daily for about a week.

If you’re interested in starting slower or are nervous, remember that creatine is a natural amino acid found in the body and regular foods you consume weekly, like red meat, protein, and seafood.

The bottom line is that creatine alone does not directly affect weight loss. Creatine also does not make you gain weight because of its low-calorie content.

As a reminder, talk to your doctor before starting creatine to make sure adding it to your diet is right for you!